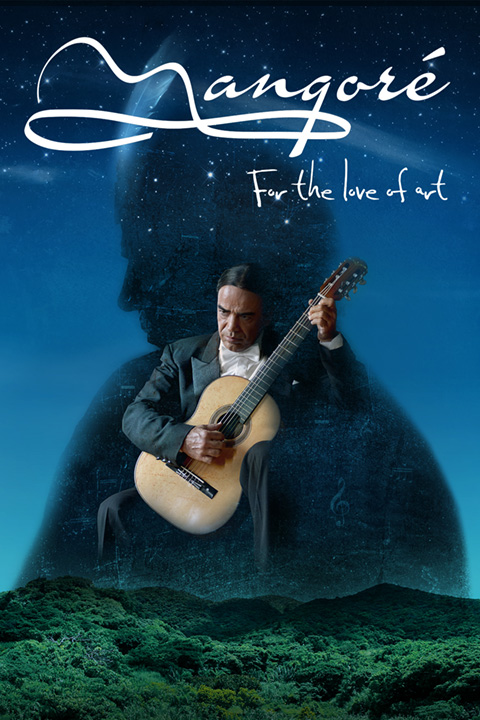 The life and music of legendary guitarist and poet Agustin Barrios (1885-1944) are magnificently recreated in this epic biographical film. Raised in Paraguay, young Barrios shows incredible talent and interest for music and literature, and grows up to live his life “for art itself”. From the nightclubs of Rio de Janeiro to the great capital cities of Europe, Barrios travels the world performing under the stage name of Mangoré. But his growing fame estranges him from the mother of his children and causes a rift with his own brother, forcing Barrios to choose between the love of his family and the love of his art.

Told in flashbacks that span six decades and three continents, “Mangoré” emphasizes the tension between Barrios the man and Mangoré the artist. Featuring a powerful, perfectly realized performance by Damián Alcázar in the title role, the film is an exploration of the passion to create, and why that passion drives some men to leave a trail of sorrow and loneliness behind them. It is a tale that explores the everyday and the myth, the real and the imaginary, about the career, life and loves of one of the twentieth century’s greatest musicians.