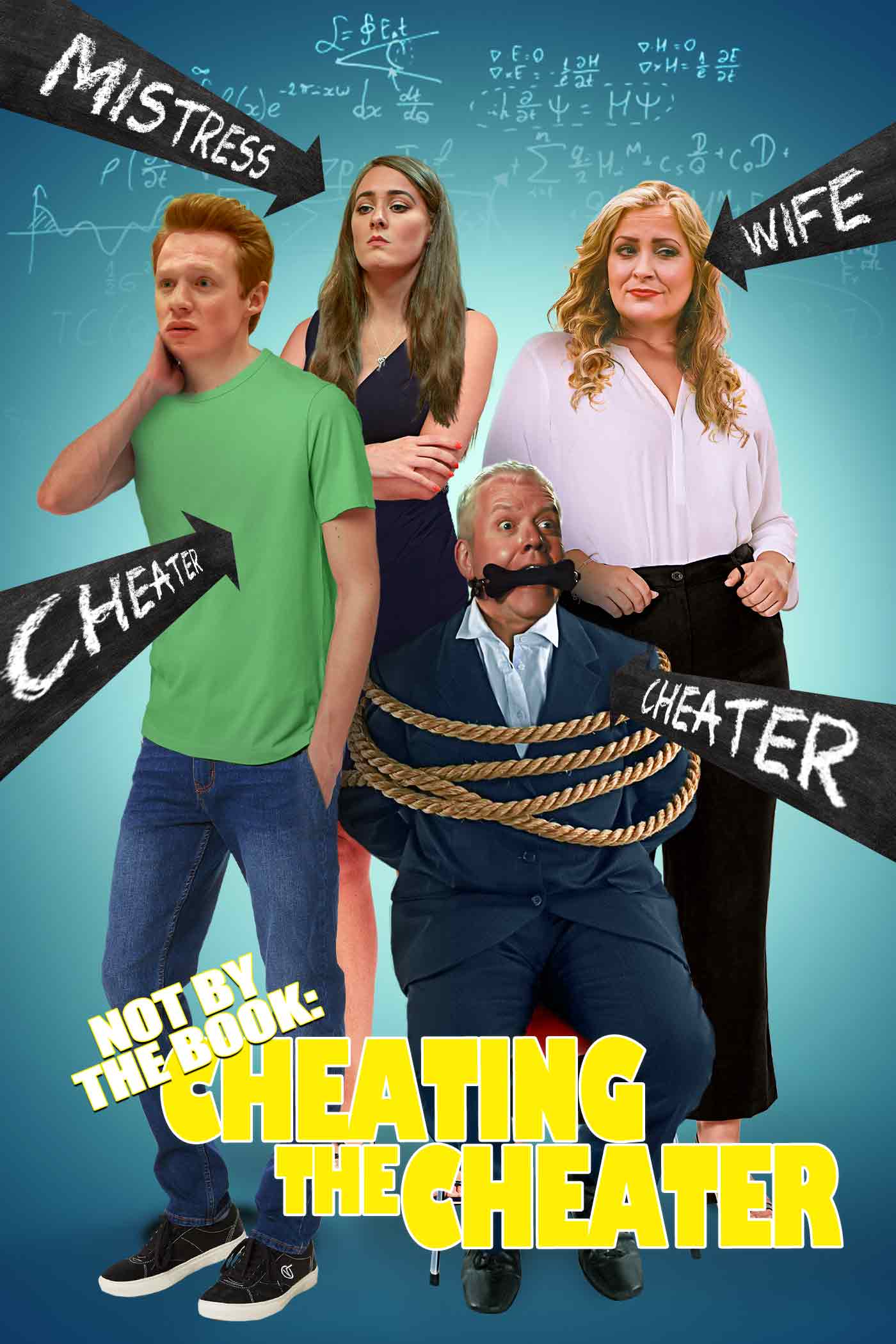 Not By The Book: Cheating The Cheater

Ben, a disadvantaged student who suffers from dyscalculia, is caught cheating in his final A-level maths exam by his teacher, Ms Bushnell. In return for not reporting Ben, Ms Bushnell asks him to help kidnap her cheating husband, David Denby, a local estate agent. Ben has issues at home being the carer for his mentally unstable stepfather Eddie, who blames Ben for his wife’s death. At school Lucy clearly fancies Ben yet he is unable to reciprocate as unlike Lucy, Ben cannot afford to go to University despite her wanting for them to attend together. They kidnap and hold Denby hostage so Ms Bushnell ask him why he was cheating on her with an office girl half his age, why he was divorcing her after 18 years of marriage and where had he hidden money abroad to avoid her getting half of it. However, neither Ben nor Ms Bushnell are cut out to extract information from an ex-SAS reservist  like Denby, causing them to bicker and encounter greater odds of getting away with the plan. Constant visits to the house by a whole bunch of strangers, including a blind charity collector, who wants gender reassignment surgery, a duped Indian Bride and her unhappy angry father, an Indian takeaway delivery-man, a sex pervert and most annoyingly an interfering xenophobic politician all compound the kidnappers dilemma and incompetence and adding much hilarity to the ongoing race against the clock. All the while unknown to them Lucy is undertaking her own detective work to discover where they have disappeared to.

Not available on US Amazon

Not available on UK Amazon